NEWS
Reading: Why you can't measure engagement until you define it

Why you can't measure engagement until you define it

There's a curious paradox about employee engagement: of all the psychological measures we use in business it's one of the most well-defined academically*, and yet in practice it's used in a remarkably inconsistent and poorly-understood way.

"Employee engagement" surveys vary from brief pulse checks of sentiment to enormous lists of items to be scored covering everything from pay and benefits to likelihood to recommend the employer. Before you can hope to measure employee engagement, you need to make sure that you are able to define exactly what it is you're trying to measure. 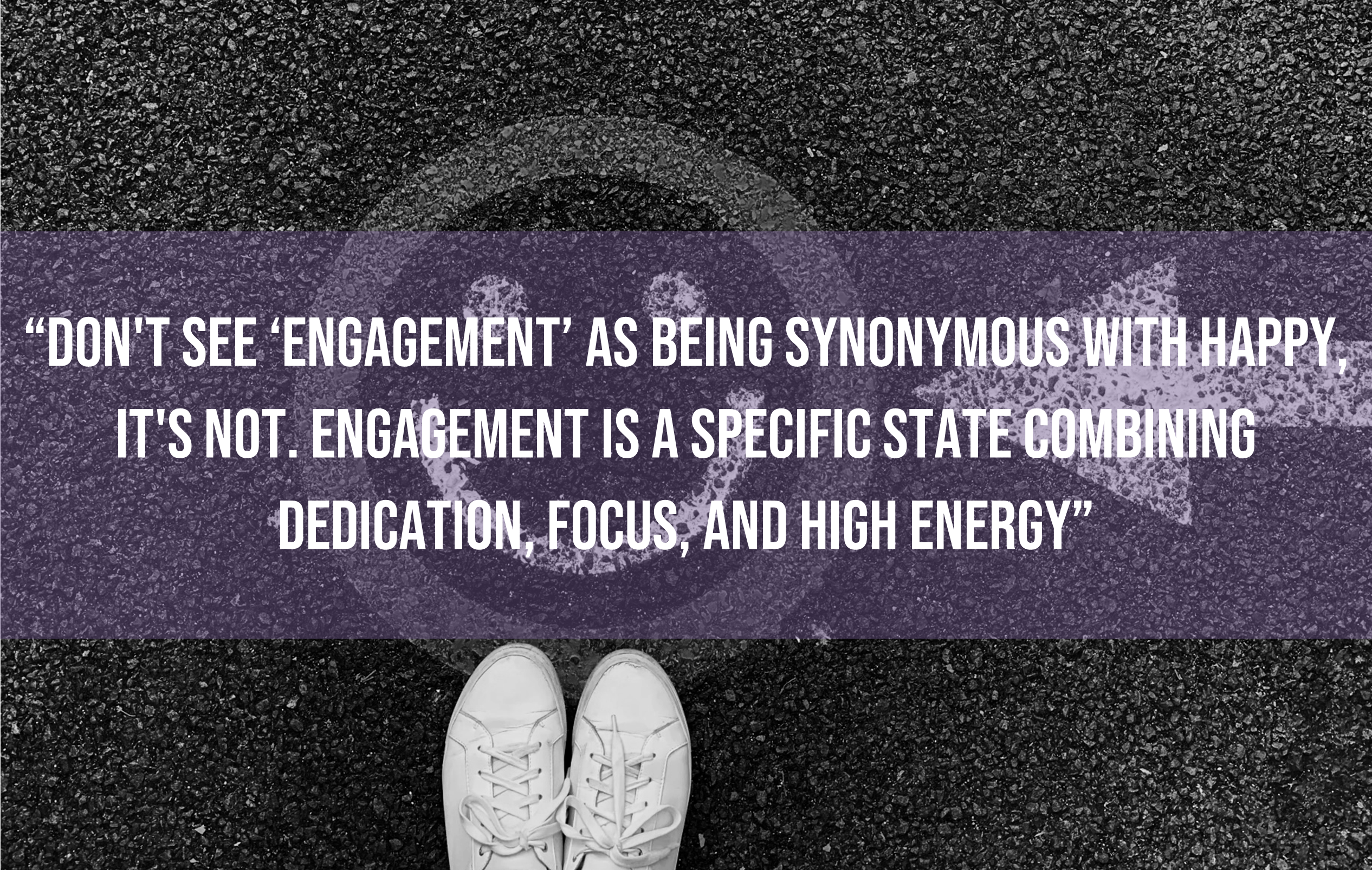 The first priority is to make sure that you distinguish between engagement itself, a distinct and well-defined psychological state, and its causes and consequences.

Causes, which might be things like empowerment, management behaviours, and internal communications, are important to understand, because they are the levers you can pull that will influence how engaged your people are, but they shouldn't form part of your measure of engagement. Include them in the survey, but don't bundle them into the score.

Consequences, such as reduced turnover, increased productivity, and better customer experience, are the reason smart organisations are so keen to measure and invest in engagement. Again, it's great to be able to link these to engagement so that you can understand its effects, but they shouldn't form part of your measure. For the most part, it's better to get this data from somewhere other than your survey, as real behavioural data is more powerful than what people say they are going to do.

If we remove the causes and consequences, what are we left with? A good starting point is to see it as the thoughts and feelings that employees have towards their role and the organisation which account for the link between the causes and consequences. So, let's say we find that increased empowerment leads to reduced employee turnover, the reason is that it makes people more engaged so that they are less likely to want to leave.

Effective insight is all about finding these links from organisational behaviour to people's attitude, and then on to their behaviour. That's what makes for actionable insight.

How do we measure these thoughts and feelings? There are two main approaches in the academic literature: the "needs-satisfying" approach advocated by the CIPD among others, and the "burnout-antithesis" approach used by scales such as the UWES. Both are worth looking at, and the individual items in the scales show quite a lot of overlap.

Another big mistake is to assume that engagement is constant, or uniformly a good thing. Most of us vary from day to day in terms of how engaged we are in our jobs, and that's natural. It may even be healthy - there's evidence that staff in high-stress environments, such as the NHS, may be very engaged with their jobs, whilst being burned out to the point that it threatens their wellbeing and performance.

To understand engagement properly you need to know that it comprises both role engagement and employer engagement (as a rule the latter is more important for roles which offer fewer opportunities for creative input).

You also need to think about it as a variable that moves from day to day for every one of your people. It can be useful to think about where you and everyone else sits from day to day on a quadrant like the one below. Think of two axes - positivity/negativity and high/low energy. Rather than fetishising engagement, I would argue that it's ok for many of your people to spend a lot of their time in the bottom right corner. 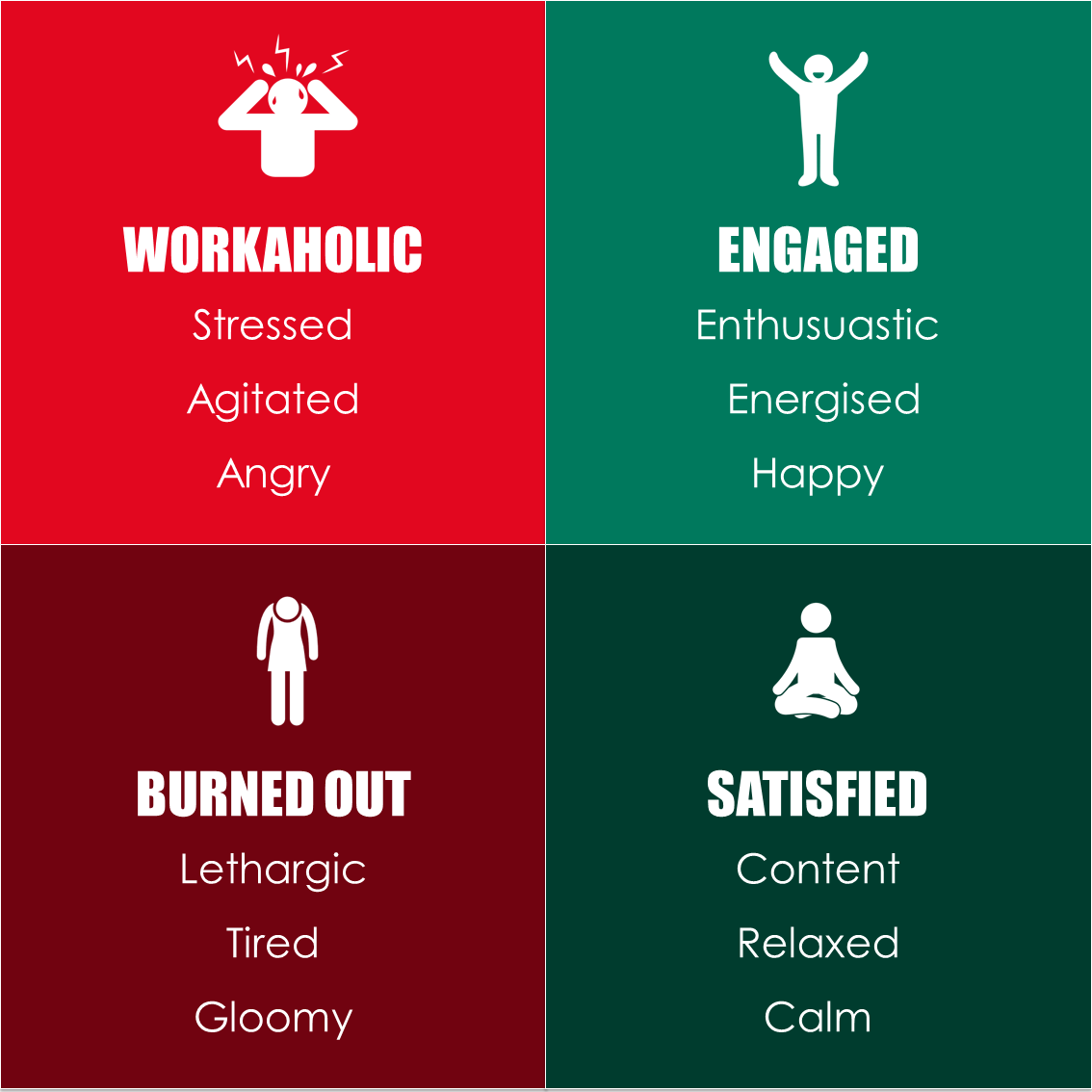 Don't see "engagement" as being synonymous with happy, it's not. Engagement is a specific state combining dedication, focus, and high energy that most happy employees spend some time in, but no one is engaged 100% of the time.

The danger is not in the happy staff who are not engaged right now, but in the ones who are working too hard for their own wellbeing or have burned out too badly to rebuild a healthy relationship with you.

*A good overview is Employee Engagement in Theory & Practice

As we emerge from the Covid pandemic, the way we work may have changed enormously, but organisations still need engaged employees and there are more things to consider when undertaking employee engagement research. Happy and engaged employees care about their work and your comp...

If you’re like us, you and your colleagues have been through a lot recently and we think employee engagement has never been more crucial. We’ve had our own challenges here at TLF Research, and in this report we wanted to share how we’ve approached our employee engagement recently...

For employee engagement research to make a real impact you'll need to report the back to staff, demonstrate you've listened and make plans to take action from the results. Infographics used as posters, shared on intranets or via email can be a perfect way to communicate your empl...